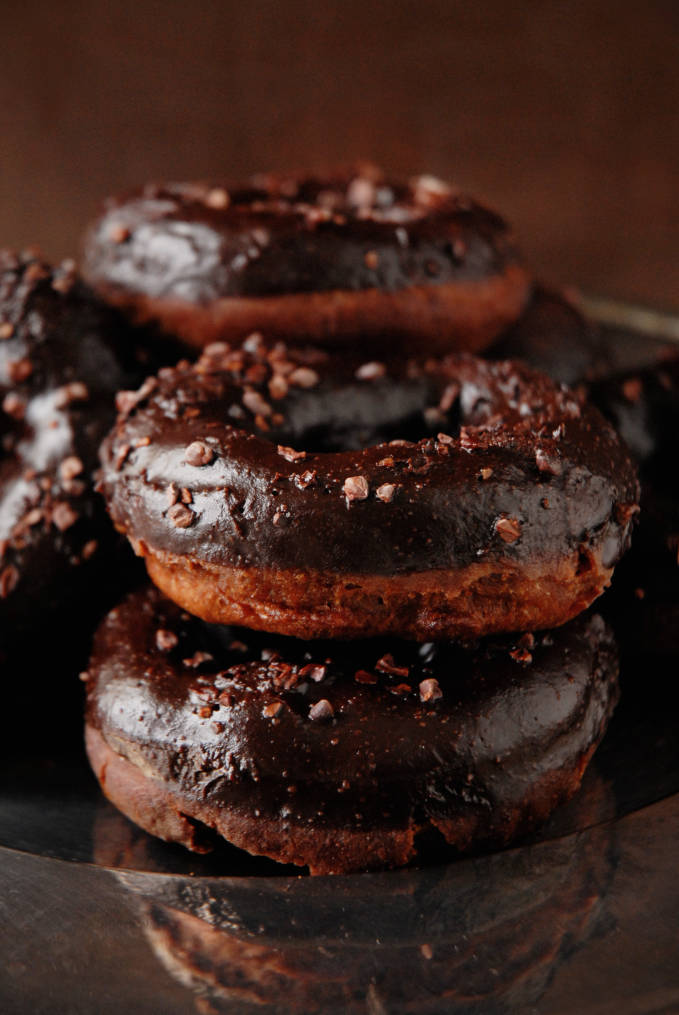 This revelation also means that you can spend only a couple of minutes making cake doughnut dough and prepare it without any special baked-doughnut pans. Instead, you can use delicious, artery-clogging oil.

These delightful fried doughnuts are cake doughnuts. If you are scared of yeast, which is totally understandable since it is one of the few ingredients that literally hisses at you, it doesn’t mean you have to be scared of making doughnuts anymore!

I do like the taste of fresh, yeast-leavened doughnuts slightly more than “cake” ones (that’s why I made buttermilk beignets, vanilla doughnuts, and banana-caramel doughnuts), but there are so many great benefits to cake doughnuts. Naturally, they are easier and quicker to make: the prep time for this recipe is less than half an hour.

Another really great benefit to making cake doughnuts is that they don’t go stale as quickly. Yeast-leavened doughnuts (unless they are loaded with preservatives) go stale in usually just a couple of hours. Cake ones stay fresh for a couple of days, as long as they are well covered.

After frying the doughnuts, I dipped them in a rich chocolate glaze. This glaze is unbelievably easy to use. I sometimes have trouble getting regular icing sugar – milk/water glazes the right viscosity so that there is a thick coat on the doughnuts, but this glaze comes free of such issues. It also dries really smoothly, which is great.

Before the glaze set, I also made sure to sprinkle the doughnuts with cocoa nibs. The nibs added a little bit of a crunch to complement the soft, fluffy insides of the doughnuts. Super yummy.

Leave a Reply to Ashley @ Wishes and Dishes Cancel reply