Most, if not all, of the blog posts I’ve read about pavlovas begin by mentioning that the origin of the dessert is fiercely debated. Some argue that the pavlova is a purely Australian dessert, named after visiting Russian ballerina Anna Pavlova, while others argue it originated in New Zealand. 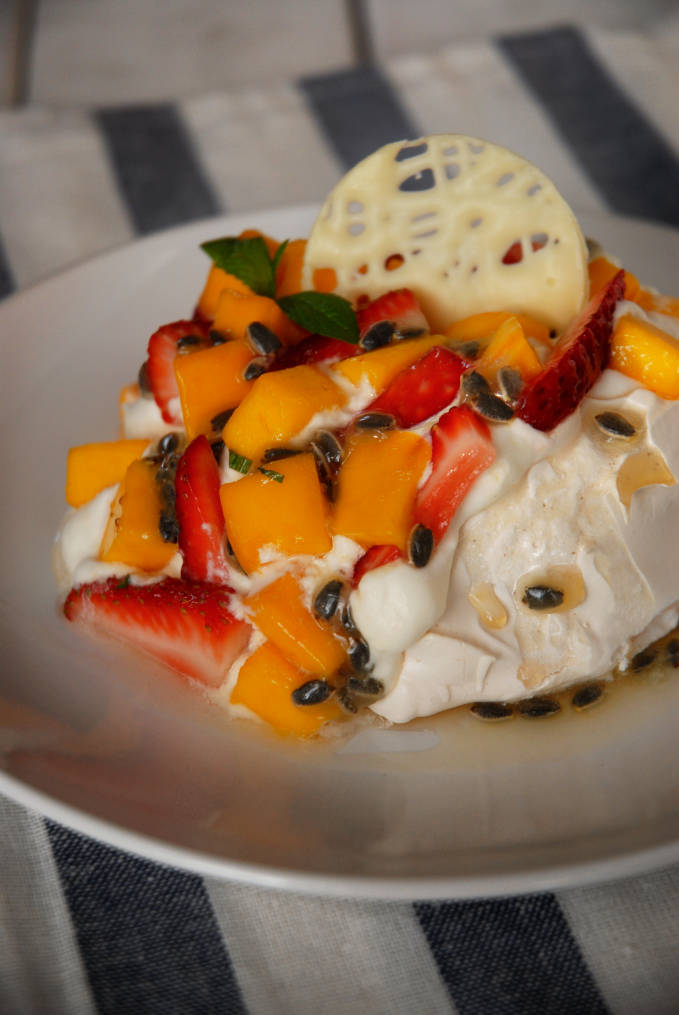 The New Zealand anthropologists also had those really neat kiwi birds with the long beaks to support their claims, in exchange for seeds and other food stuffs. Unfortunately for New Zealanders, who are often called “Kiwis”, some British scientists think that the kiwi bird is also originally from Australia.

When another country claims that your national symbol is not really yours, culinary anthropologists are bound to step in. Doing so is in their fairly limited job description. If Americans started claiming that apple pie was not a Canadian dessert, I would be pretty upset to.  Chef Sidney Crosby spent weeks perfecting the classic apple pie so that Canadians would have a perfect treat to snack on while watching competitive swimming, Canada’s national sport. Oh Chef Crosby, what delightful dessert will you come up with next? I sincerely hope it has maple syrup in it.

The pavlova, regardless of its roots, is a delightful addition to any dinner table. Luckily, the pavlova is also an excellent addition to other types of tables. How could fresh fruit and whipped cream contained within a chewy meringue nest not be? For this rendition, I used strawberries, mangos, and passion fruit that I tossed in homemade honey-mint syrup before spooning over a freshly whipped cream-filled meringue.

Despite their elegance, pavlovas are remarkably easy to assemble and require very little hands-on time. Most of the time, really, is spent watching your guests out of the corner of your eye for micro-expressions that confirm your pastry prowess.