I was in the grocery store a few days ago, shopping for wasabi, when I saw some pears. Boy, did they look good. They were firm, yet delicate. And, for some reason, they looked like they would be really juicy. 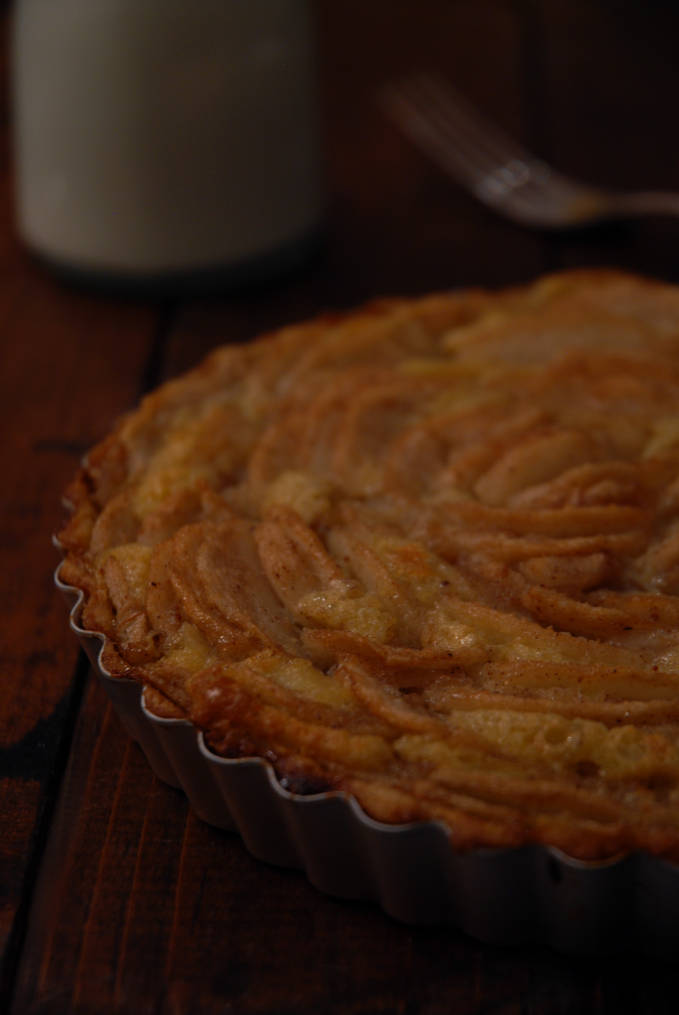 I didn’t buy them though. I bet you thought I bought them. No. I did not buy them. They were organic. I bought the one’s right next to them, for half the price and double the size, and then I made this wonderful tart.

After I made these raspberry-pistachio tartelettes a few months ago, I really wanted to make another tart. I couldn’t decide what type of tart to make until I saw those pears. After I saw them, I picked up the ones right next to them and went off to plot a recipe.

I used the same pâte sucrée recipe as I did before. Last time, the dough rolled out wonderfully. It was very easy to work with. This time it was awful. I couldn’t roll out the dough, so I just had to press chunks of it into the tart pan. I’m not really sure why that happened, but because I chilled the dough completely after putting it in the pan, the tart still came out beautifully.

I really enjoyed arranging the pears on top. I chopped up a lot of pears and tried to squish as many as I could into a circle. I started from the outside and worked my way in. Wherever I saw a gap, I pushed in a slice of pear. 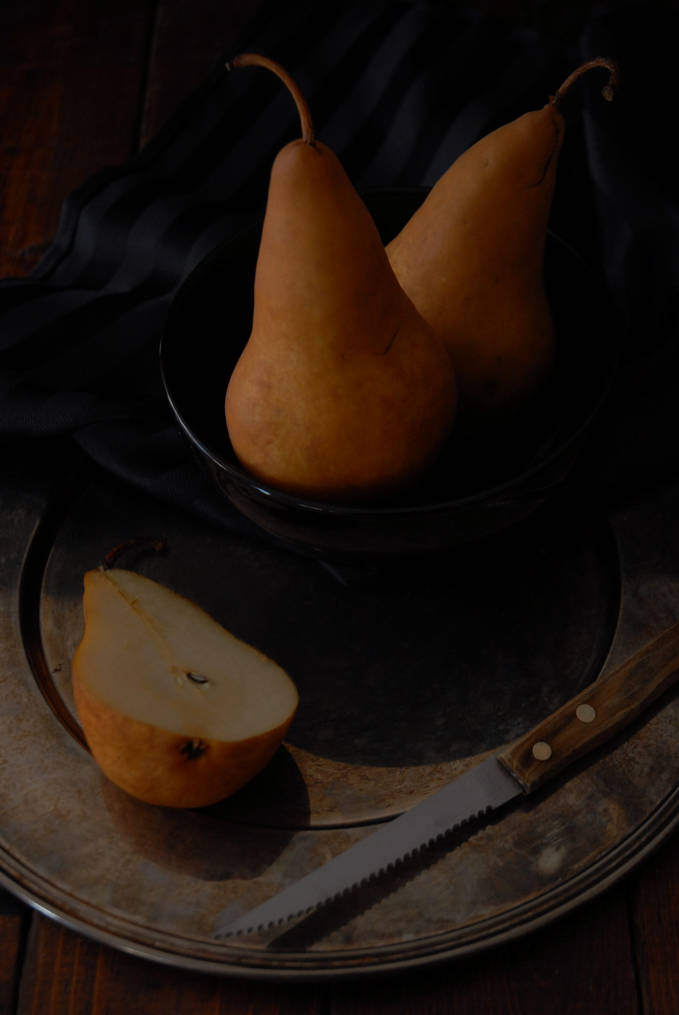 That almost always caused an adjacent slice to move up, and I in turn would put in another piece of pear. Eventually, I had a gap left and ran out of pears. I had failed.

The frangipane layer is magical. Well, not really. It tastes pretty good though. I poured in a little amaretto to complement the almonds in the frangipane and doing so paid off. I also added some amaretto to the pears and to the glaze. Yeah, I added amaretto pretty much everywhere except the crust. I forgot about the crust. 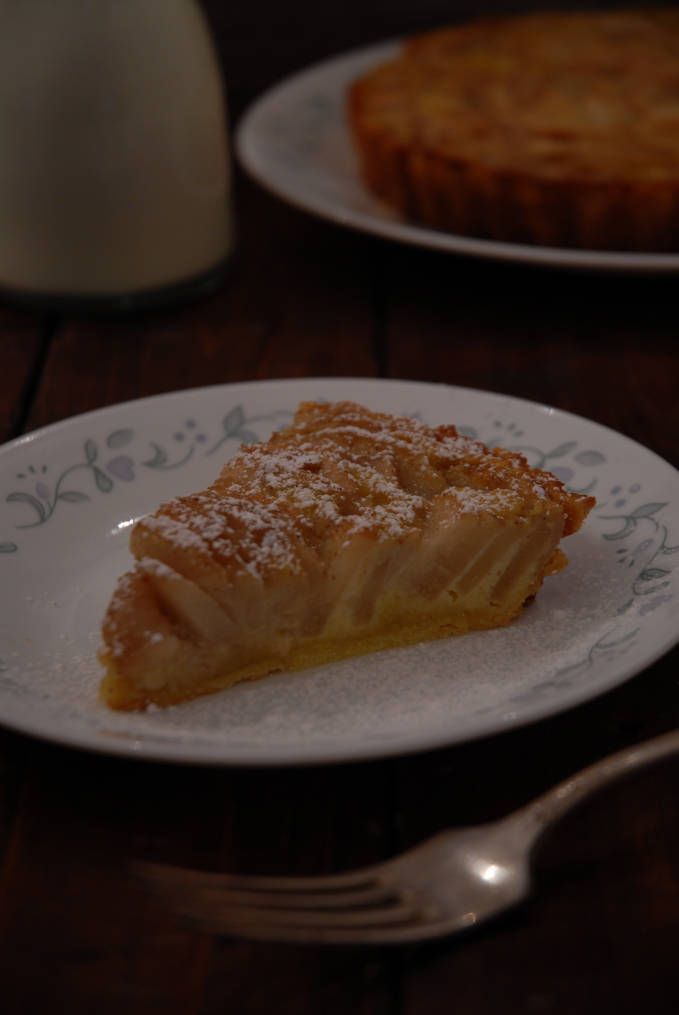 After I assembled the tart I left it in the fridge for about fifteen minutes, to ensure that the dough wouldn’t be soft when I put it into the oven. The result was a perfectly crumbly and crisp crust, creamy frangipane, and soft and flavourful pears.

I really enjoyed this tart, especially since it came together so quickly.