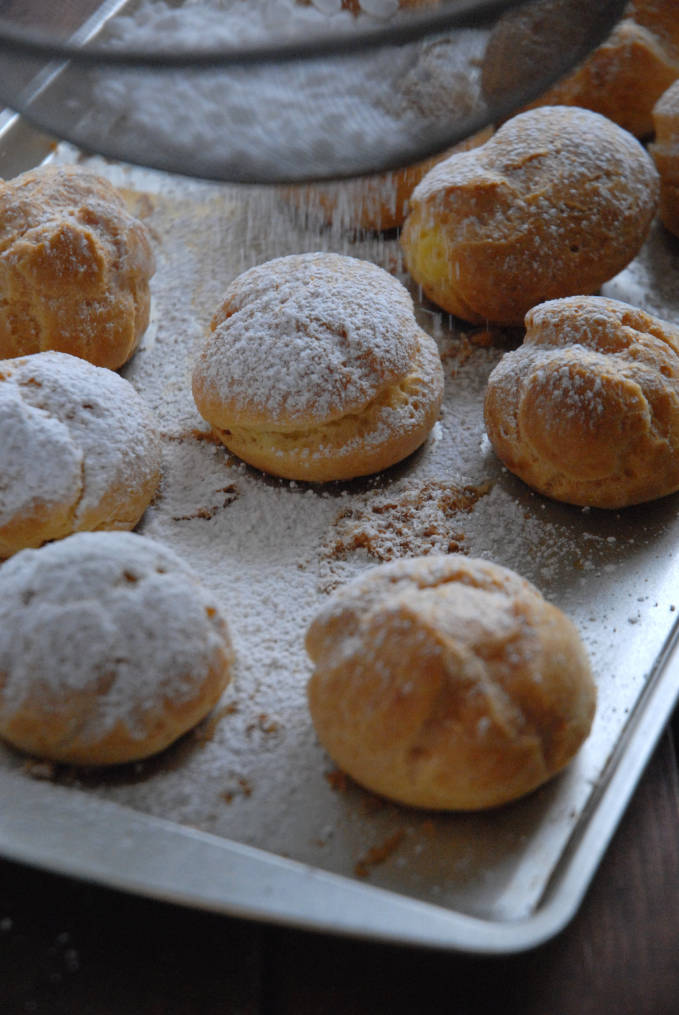 That puffing up results in a slightly crispy exterior but a completely hollow interior that’s perfect for filling up with pastry cream, the traditional choux accompaniment. 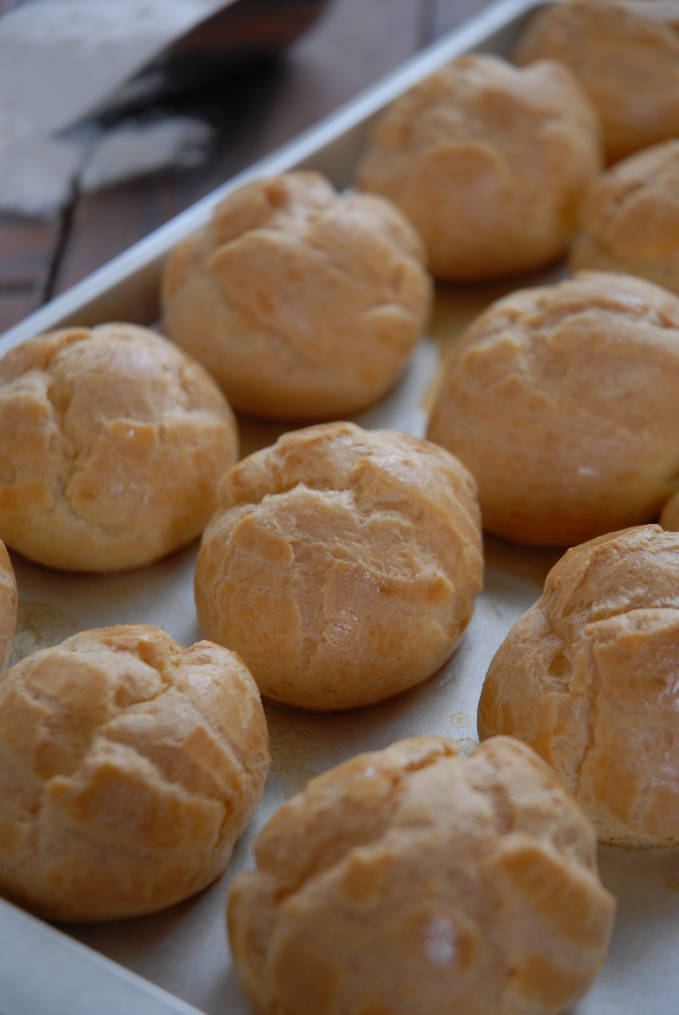 I made these profiteroles (French for cream puffs) two ways. I dipped some of them in caramel and I sprinkled the rest with icing sugar. I’m not really pleased with how the caramel ones turned out so I don’t want to share that recipe with you just yet. The ones sprinkled with icing sugar are much quicker to make anyway and taste amazing! I think I scarfed down four today. Considering there were only four left today, that’s saying a lot.

If you’d rather not sprinkle icing sugar on them you can also enjoy them dipped in melted chocolate. I suggest tempering your chocolate before dipping them, however. If you don’t temper your chocolate it won’t crack properly when bitten into and that’s just not appropriate for such an amazing dessert. Only tempered chocolate for amazing desserts! That’s baking rule number two. 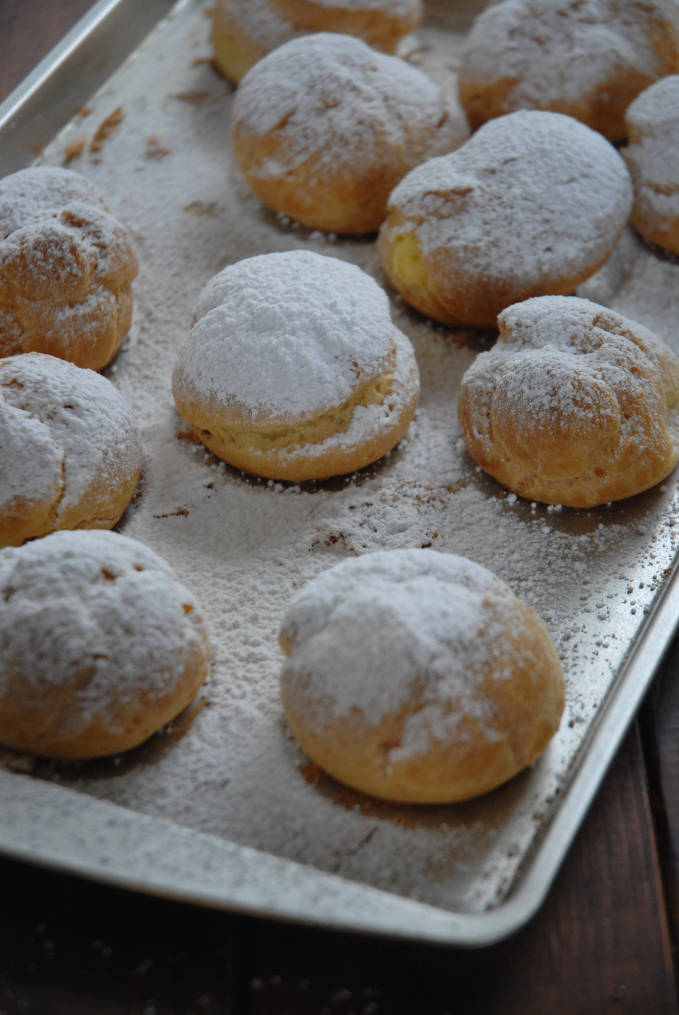 See that strangely shaped profiterole in the above photo? Yeah, it was delicious too. It doesn’t really matter if you don’t pipe your choux paste exactly the same for each one. They all taste great and every “mistake” means one you must “dispose of”. I wish that’s how it worked in real life. You make a mistake, you get a profiterole. Unfortunately, in real life, it’s more like you make a mistake you don’t get a profiterole and then someone comes up and kicks you. Oh, and then really disposes of you. 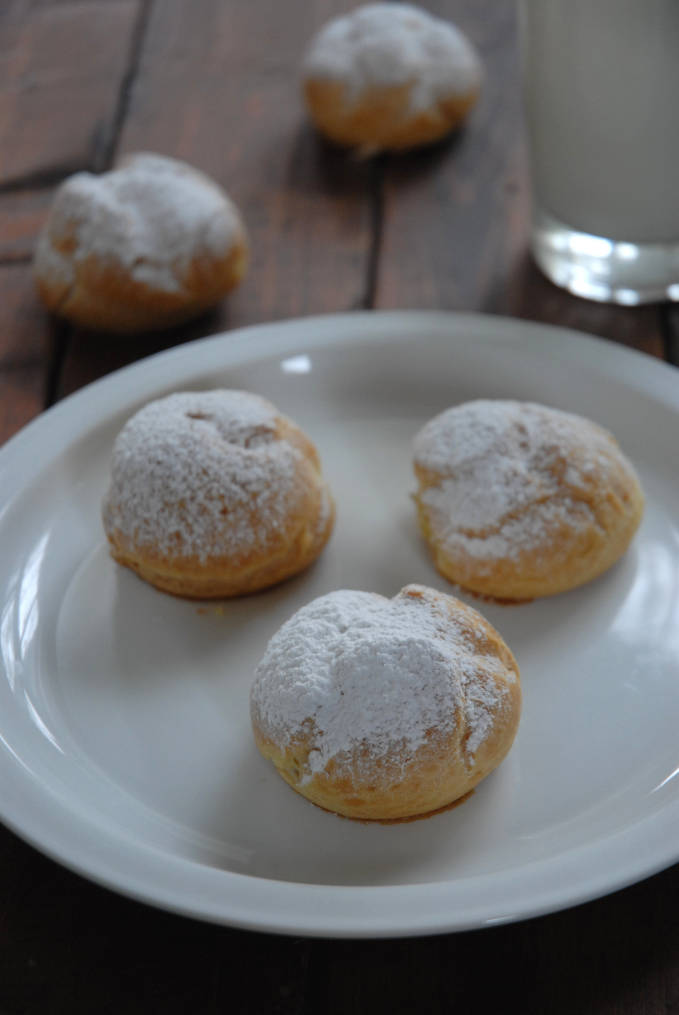 There’s a very specific reason why I chose to make profiteroles this week other than to, well, eat them. Eating them was important, yes, but this reason was more important. Or maybe equally important. It’s hard to compare the two since profiteroles just taste so good. Anyway, you’ll have to wait until next week to find out why I made these. Ooo.. cliffhanger.