Everyone should have a quick, simple recipe that can impress a crowd. You don’t always have enough time to make a bamboo cake, but that doesn’t mean you have to settle for mediocrity. You shouldn’t have to settle at all, frankly. 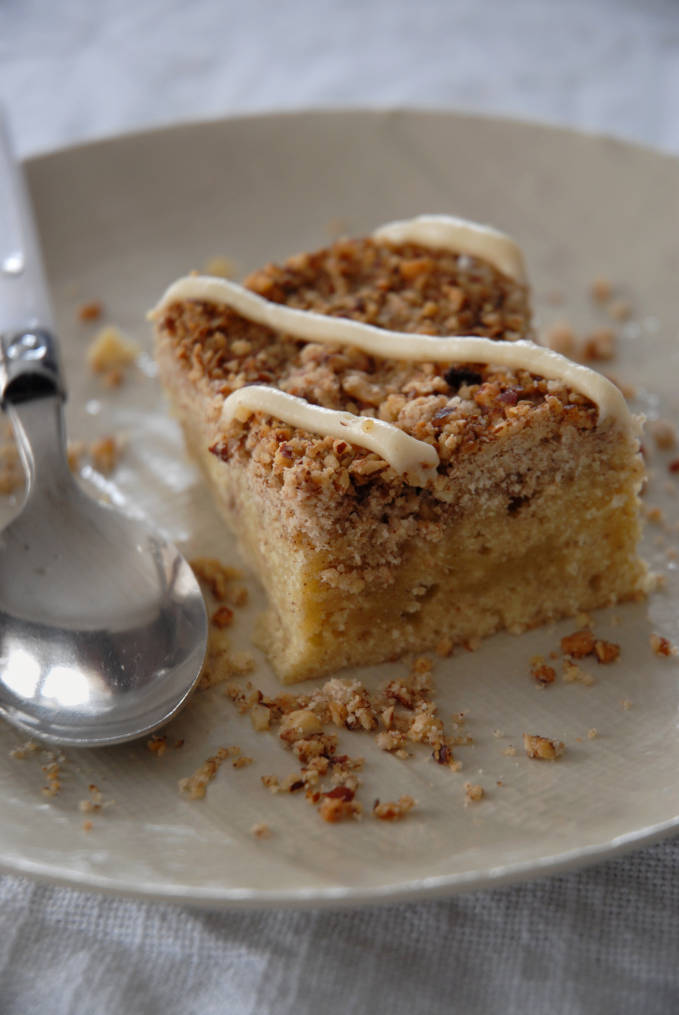 This cinnamon swirl coffee cake hits the spot and bakes up in under an hour. It’s perfect for when you’re in a rush but aren’t willing to compromise on flavour. Really simple, but also jaw-dropping good.

I find the concept of a “coffee cake” quite confusing since it usually doesn’t refer to a coffee-flavoured cake but rather one that should be eaten with coffee. I can’t think of any other food that instructs you on how to eat it. Coffee cake is the only cake qualified, apparently. Nevertheless, it’s delicious.

I took a basic coffee cake recipe, added a lot more cinnamon, and then added a cinnamon swirl to it to kick up the cinnamon flavour. You can’t ever get enough cinnamon in a coffee cake.

The cream cheese icing complements the cinnamon nicely and makes the cake much more moist.

Have a slice for breakfast with some coffee, or if you don’t drink coffee, have a slice with another slice!