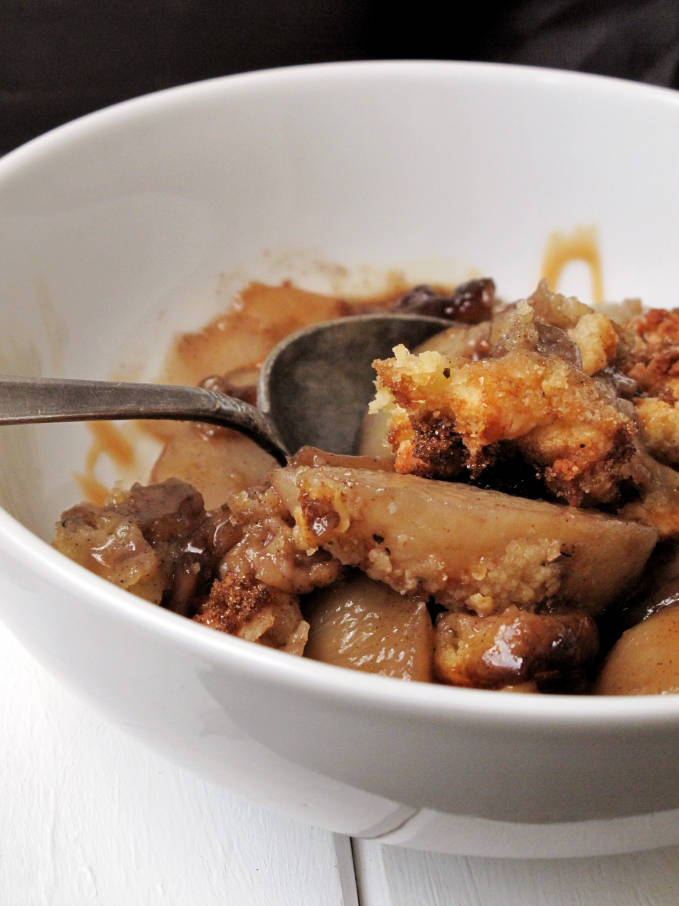 Barely ripe peaches that give just slightly when pressed are the best for cobblers since they keep their shape even after being baked. They release their juices near the end of baking, not in the beginning. This leaves you with peaches that aren’t mushy but instead have a slight, natural bite that perfectly complements the soft, light cobbles. To prevent your peaches from over ripening, just place them in the fridge.

Removing the peaches’ skin is important. If you forget, you’ll be left with tough pieces of skin in your cobbler. There’s a lot of instructions online on how to peel peaches. They’re all pretty much the same. You cut an X into the bottom of the skin of the peach, add the peaches to boiling water for about thirty seconds, place in cold water to stop the cooking process, and then peel the skin away with your fingers. The problem is that if your peach loses its skin so easily it’s much too ripe! I peel peaches for peach cobbler with a vegetable peeler or you can even use a knife. It’s much faster, despite what a lot of guides might tell you, to just use a knife (water doesn’t boil instantly, you know). Plus, it safeguards against mushy peaches.

Using the proper spices is important too. Cinnamon is often used in peach cobbler, but you can always add another level of flavour by adding in a bit of nutmeg. However, the secret ingredient for a heavenly cobbler is mace. Now, don’t go running out to your nearby medieval weapons store. We’re talking about the spice, not the pepper spray or the weapon with a heavy head on a solid shaft used to bludgeon opponents. Here’s a tip: your dinner guests do not like being bludgeoned (this however is just an assumption, in some cases it may in fact be necessary to bring the other type of mace as well). Mace is the loose, red covering of the nutmeg fruit. I highly suggest purchasing some mace for cobbler making – it will give your cobblers a distinctive and scrumptious flavour. You can also add a touch of bourbon or whiskey for a special treat. 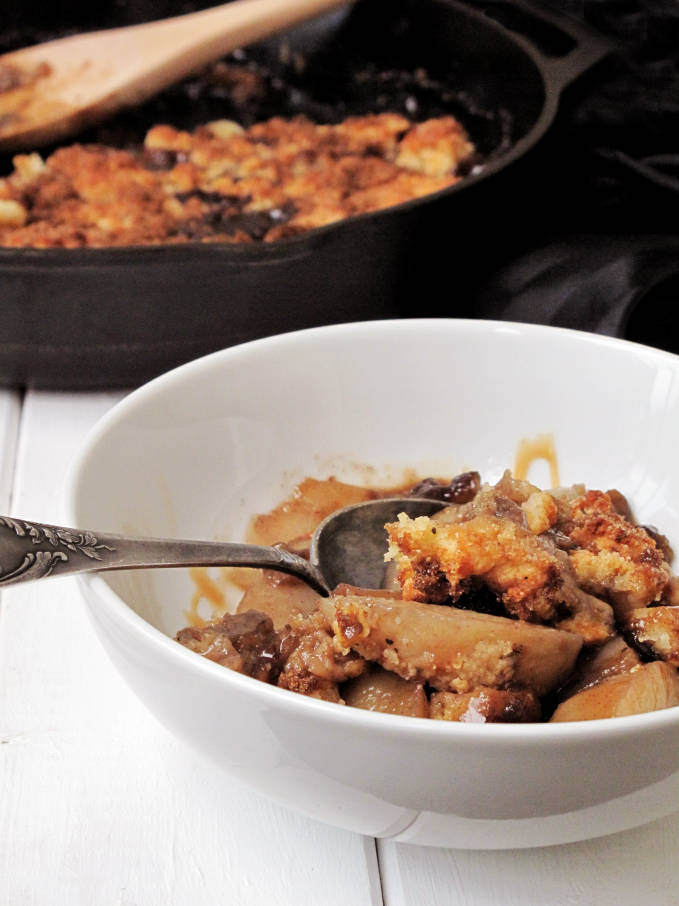 I think what really makes a cobbler stand out though is the cobbles (the dough on top). Often so much time is spent on the peaches that the cobbles are neglected. Never neglect the cobbles! The cobbles should be loved. Love the cobbles!

To express my love of the cobbles, I love to add sour cream or even crème fraîche (the slightly less sour and amazingly creamy French cousin of sour cream) to the cobbles instead of just milk because it gives them a much lighter texture. You can also add herbs like basil or thyme to your cobbles – both are great with peaches. If you want to add some crunch, consider sliced almonds.

There’s also one more secret that will make your family and friends obey your every command for another spoonful: peach pits. Peach pits shouldn’t just be thrown out. Peach pits have amazing flavour that they can give your cobbler. Yes, ladies and gentlemen, the truly delicious part of the peach is the pit and not the juicy exterior.