If you’re looking for the tutorial on how to open coconuts, scroll to the bottom of the page.

The last week had a lot to do with escalators. I’m currently in Coronado, a part of Panama, for my winter break. While browsing the Internet I came across a video that is allegedly of people trying an escalator for the first time. At first I found it kind of funny, but then I tried to understand how what I saw was possible. I mean it’s not that hard to ride an escalator, I think. 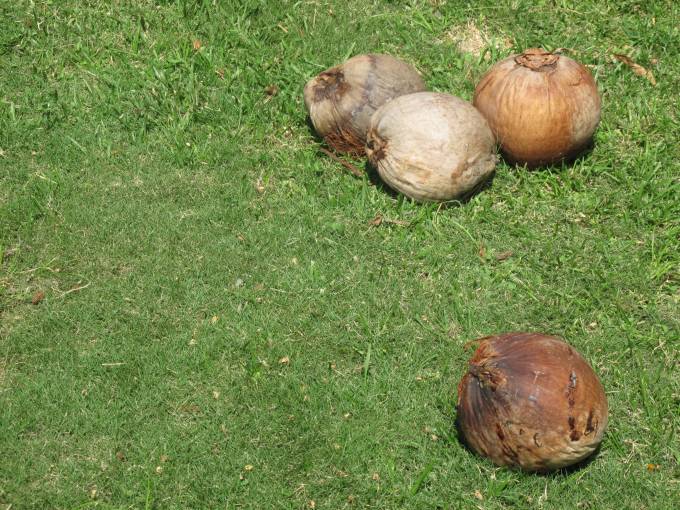 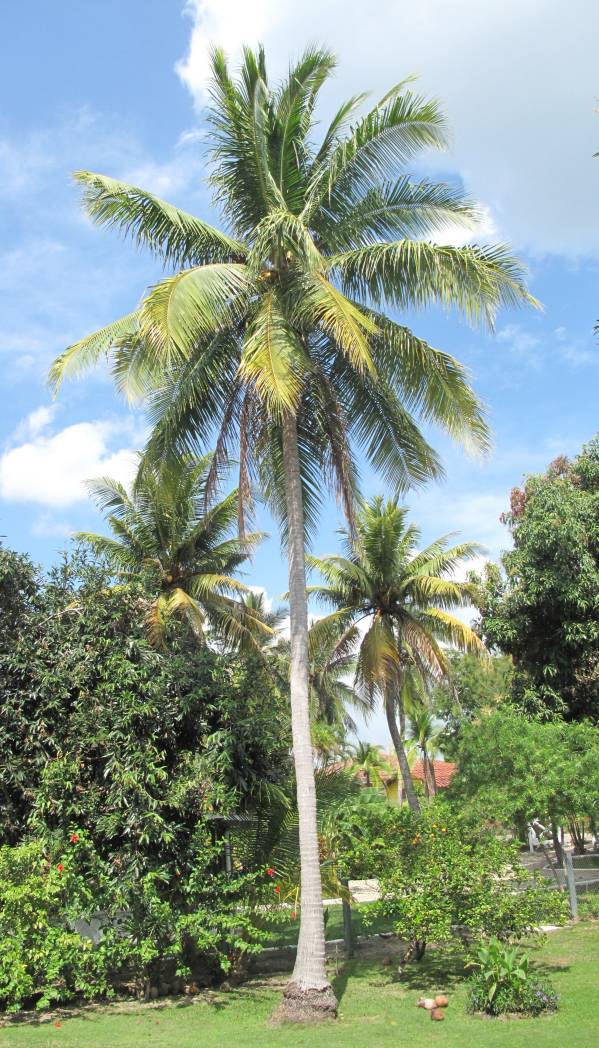 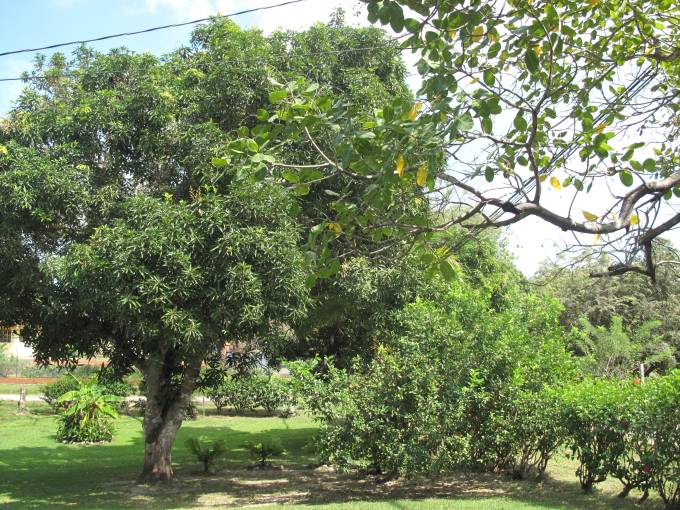 So, naturally, I grabbed a cart to test it out. I slipped the cart through the door-like pieces of plastic warning people not to go up the cart escalator and the cart began its journey up to the second floor. I rode on the human-escalator beside it, which went faster than the one for the carts. 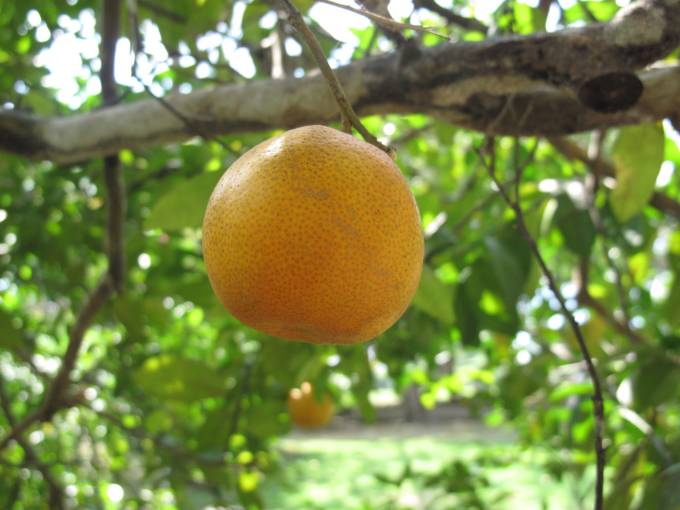 At the top of the moving stairs there was a woman whose job was to smile and explain to people, in Spanish of course, how to use the fancy escalator. I don’t know Spanish so I didn’t heed her instructions but instead took the shopping cart, made a 180 degree turn, and pushed it into the escalator that brings the shopping carts downstairs. I rode along-side it in the adjacent human escalator. When I got to the bottom, I made another turn and continued to bring my empty shopping cart up and down as people stared.
When I got to the top, probably around the fourth time, she said something to me in Spanish. “No hablo español,” I declared as I took the shopping cart downward. I then brought it back up and said, in English, “Do you speak English?” She stared at me and shook her head. “Ok!” I responded as I shrugged my shoulders and took the shopping cart down again. 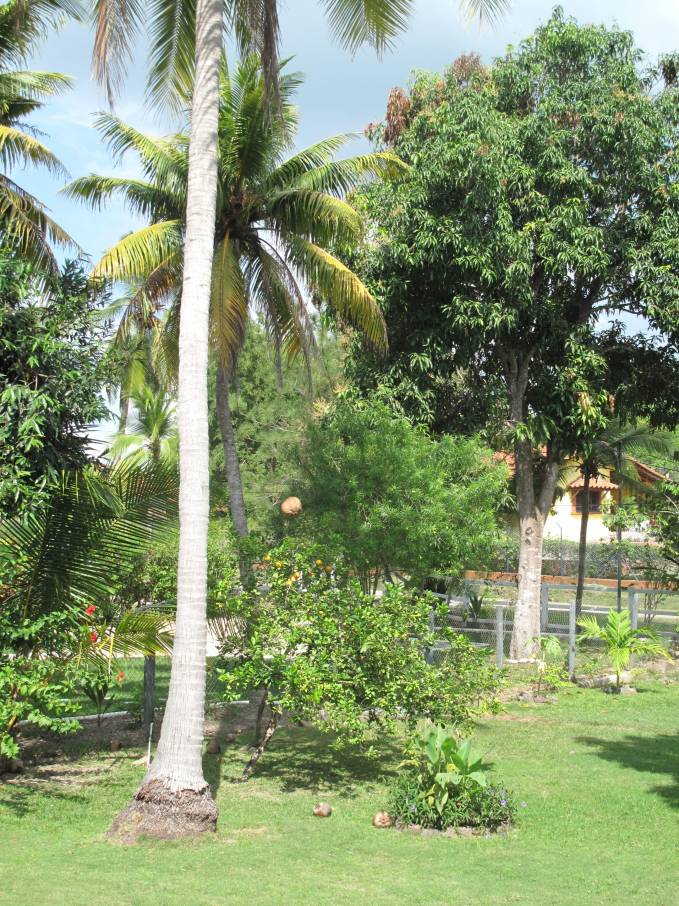 On the way back up she stared at me and shook her head disapprovingly. I took the shopping cart and walked away, passing my Dad as he went down the escalator to see what was for sale on the first floor. 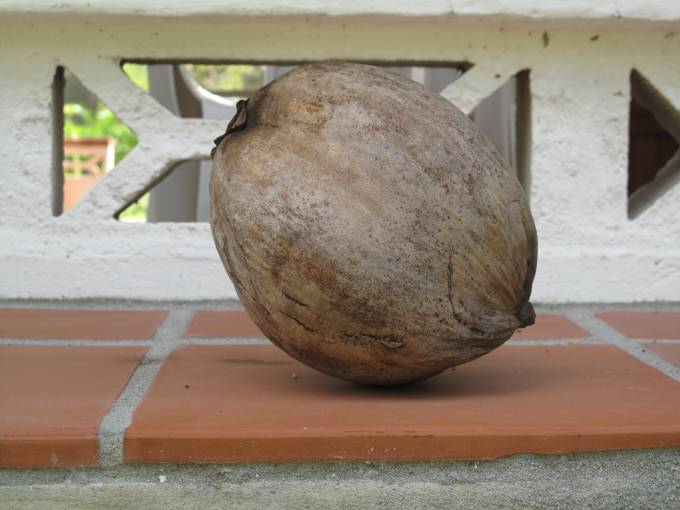 How to Open a Coconut 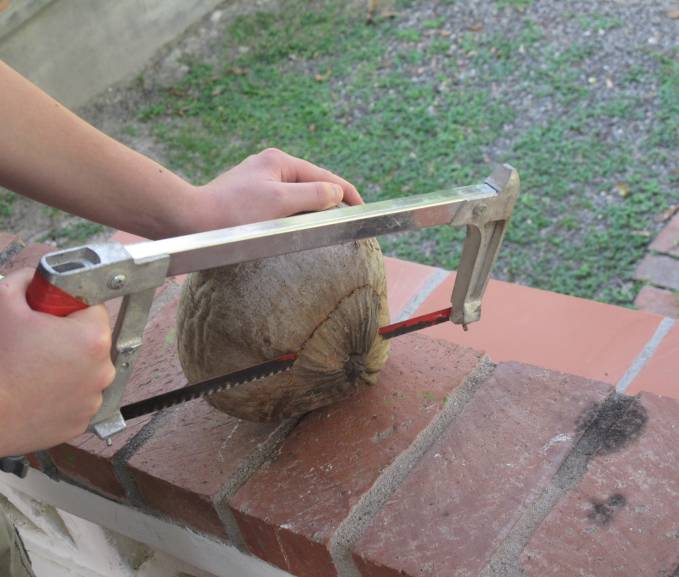 Step 1: Saw off the top of the coconut. 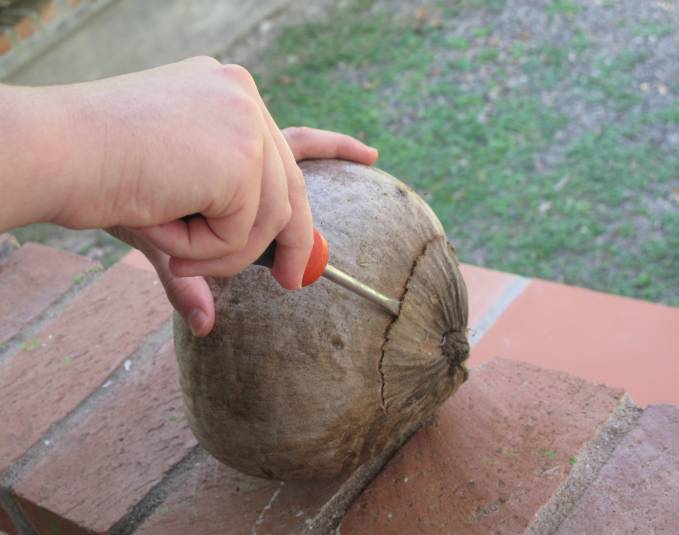 Step 2: If you can’t saw off the entire top, you can take off the top with a screwdriver. 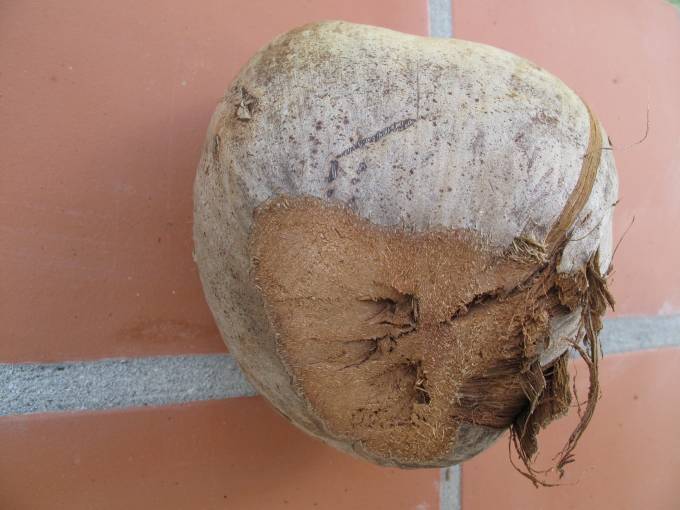 Step 3: A coconut with its top cut off 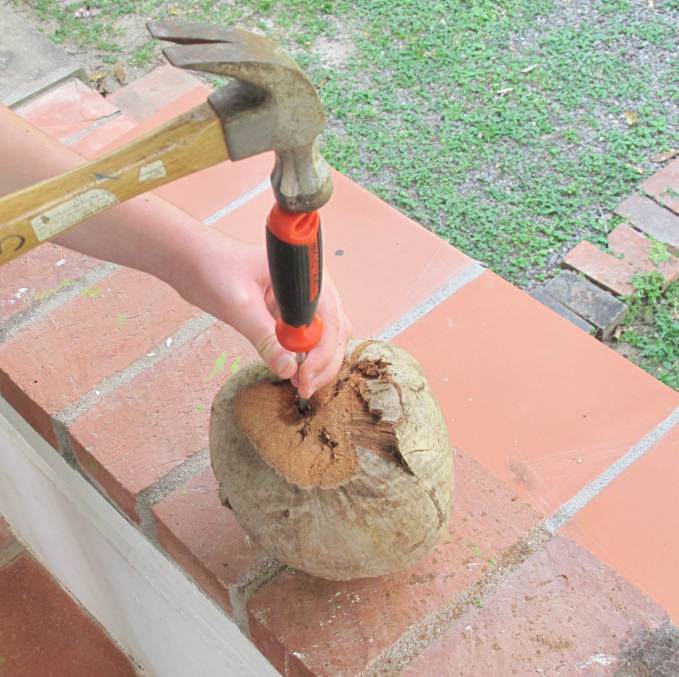 Step 4: Get to the coconut juice by hammering a screwdriver or nail into the coconut and drink up! Use a straw or pour into a glass.

One thought on “Tutorial: Opening A Coconut”