These lemon tartlets are light and refreshing, yet contain over a pound and a half of butter. I was quite impressed that I was able to fit so much butter into such a seemingly light dessert. Less impressive, however, was the plate that I was able to smash to pieces while making these. 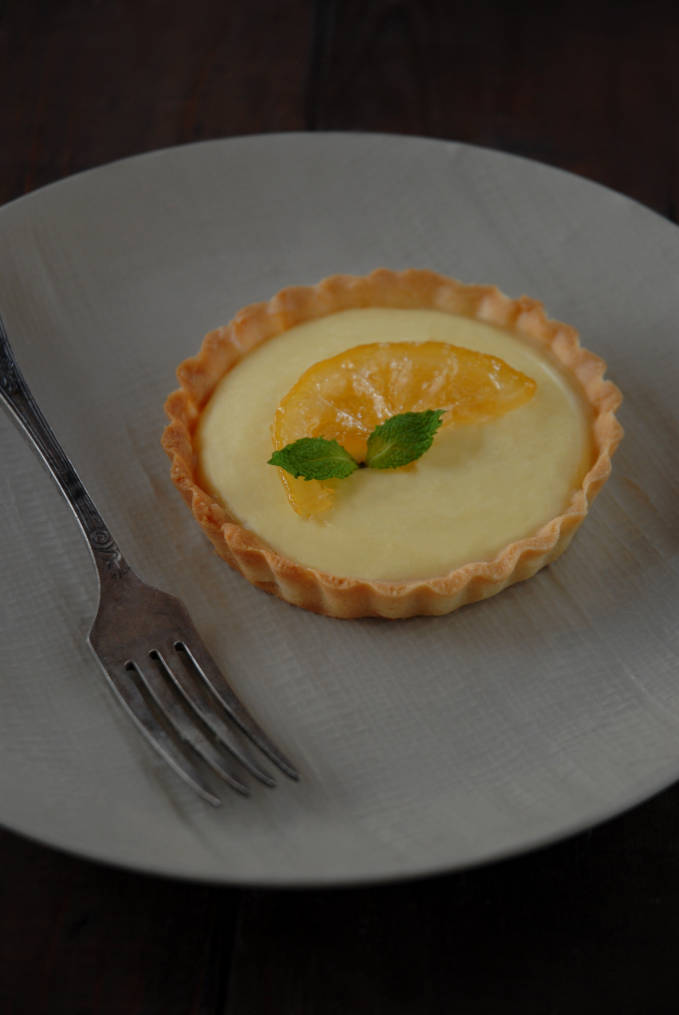 Naturally, I thought that cutting frozen butter on a plate was an excellent idea. I grabbed my serrated knife out of the drawer and slid it effortlessly across the butter’s foil wrapper. As my knife hit the frozen block beneath the foil, I decided that pressing vertically down as hard as I could onto the knife would be a great way to cut off the chunk that I required.  A piece of butter (which, might I add, was the size I needed) broke off from the rest. Unfortunately, a portion of the plate also broke off. Multiple portions broke off, in fact. Porcelain sprayed all over the kitchen; a shower of glass. I had cut myself too. My index finger was bleeding.

My finger was bleeding only slightly though when compared to the time when I cut my wrist with the biggest chef’s knife in the house.

I was seven, and had drawn a picture of a snowman on a piece of cardboard. I intended to cut out the snowman and colour it, but I had misplaced my pair of yellow scissors. I skipped over to the kitchen, grabbed the biggest knife I could (I figured it was the most logical tool to cut cardboard with), and ran over with it to my brother R in the adjacent room. “Could you cut this out for me please?” I asked him as I smiled and held a piece of cardboard with an elegantly drawn snowman in one hand and a giant knife in the other.

He couldn’t hear me though. He was wearing headphones and watching some program on the Discovery Channel.

I walked back to the kitchen and decided to cut out the snowman myself. I realigned my grip on the knife, tightly wrapping my small fingers around the handle. I pressed the tip of the blade to the cardboard as hard as I could.

I didn’t really understand how knives worked back then. I thought all I had to do was press and the knife would cut out whatever shape I wanted: snowman, reindeer, a slice of tomato, whatever.

The cardboard slipped and the knife flew back and pierced my wrist. I started to bleed. Worst of all, my cardboard snowman turned an ugly shade of red. I was pretty set on a shade of blue with slightly lighter blue stripes. I had to draw a new one. Boo.