I realize that given some of the somewhat complex recipes and step-by-step tutorials I have in the archives one might incorrectly assume that something simple like a vanilla panna cotta would not excite me. 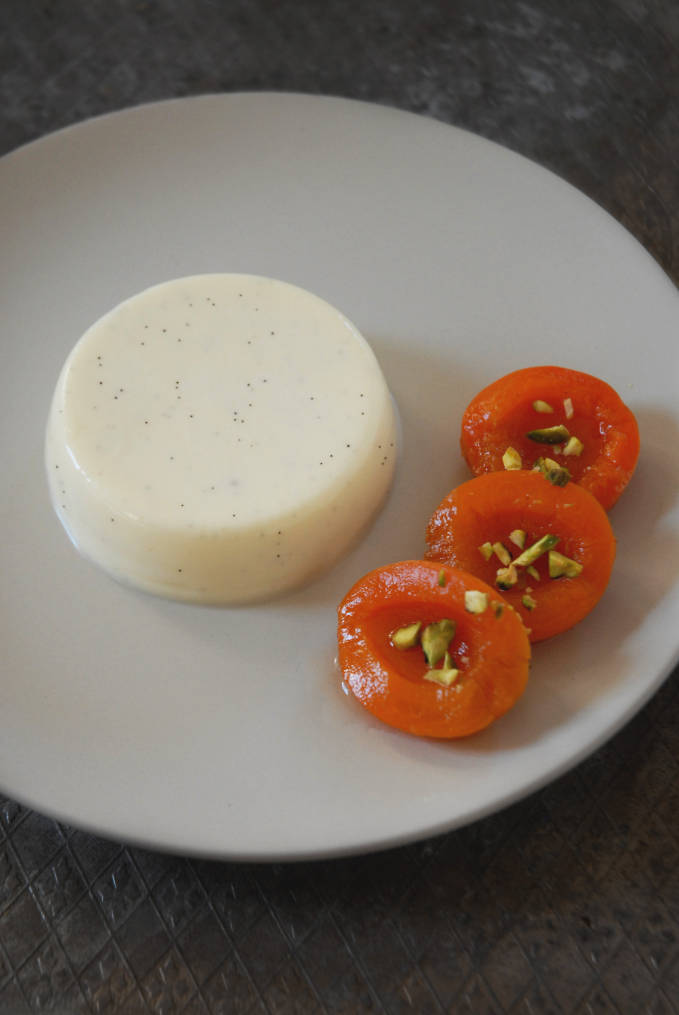 The best dishes, however, are often the simplest. The panna cotta, an Italian dessert as traditional as the tiramisu, epitomizes this idea. I am astonished that a dessert made from so few ingredients, simply stirred together and gently heated to a simmer, could be so wonderful.

A few weeks ago I decided to purchase vanilla beans to showcase them in a dessert for you guys. If you have ever bought vanilla beans before, you probably are aware of how expensive they can be. In Toronto, two or three beans can cost upwards of eight dollars. Do they cost the same where you are? The flavour from a vanilla bean, and the ‘vanilla caviar’ (yup, that’s really what the vanilla marketing people call it) plucked from inside it, is so much more intricate though than the weak, one-note taste from a stained plastic bottle of vanilla extract.

I used to think that the cost was worth it.

It’s definitely not though.

Buying vanilla beans online is oh so much cheaper. The cost difference is ridiculous, really. I bought vanilla beans online for a bit more than a quarter per bean. I have so many vanilla beans now that I do not even know what to do with them. I considered handing them out as gifts to my friends, but strangely teenagers are not particularly excited about receiving wrinkled vanilla beans. What is our world coming to? I also thought about making another batch of this, this, and this, but realized that the vanilla flavour would shine much brighter in a light, classic dessert like a panna cotta.

Panna cotta is definitely one of the easiest and most elegant desserts to make (second only, perhaps, to a bucket of Cool Whip gracefully plopped on a dessert plate and served with a mug of fizzy grape juice). All you have to do is mix together cream, sugar, and vanilla and then bring the mixture to a simmer. Then add a few spoonfuls of gelatin dissolved in water and you are pretty much done. Almost.

If you use vanilla extract, then all that is left to do is to pour the mixture into ramekins or glasses and stick them in the fridge overnight to allow the gelatin to set. If you really want the vanilla flavour to shine through, and so you decide to use a vanilla bean instead, then you will have to cool the mixture over an ice bath first.

While the extra step may seem strange and even perhaps at first unnecessary, it is an essential one to guarantee a spectacular presentation. Vanilla caviar is denser than cream, and so simply pouring the panna cotta mixture into ramekins would result in all the dots of vanilla settling to the bottom. While this will not have a drastic influence on taste (the majority of the flavour from a vanilla bean is actually from the oils of the bean diffusing into cream and not the pretty black specks of vanilla caviar), it will make your dessert look it had a generous sprinkling of poppy seeds. In other words, wrong.

On the other hand, stirring the mixture over an ice bath makes the gelatin begin to set and the panna cotta mixture thicken. Eventually the mixture is thick enough that those specks of vanilla are unable to sink down to creamy depths. Only then should you pour the lightly sweetened goodness into ramekins or glasses. Of course, if you use vanilla extract, stirring until thoroughly chilled is completely unnecessary since there are no specks of vanilla in the first place, but instead just slightly disappointing vanilla notes throughout.

While a silky vanilla panna cotta is wonderful by itself, a fruity backdrop can provide the acidity necessary to really balance out the flavours of the dessert. I chose to use these delightful Ontario apricots. 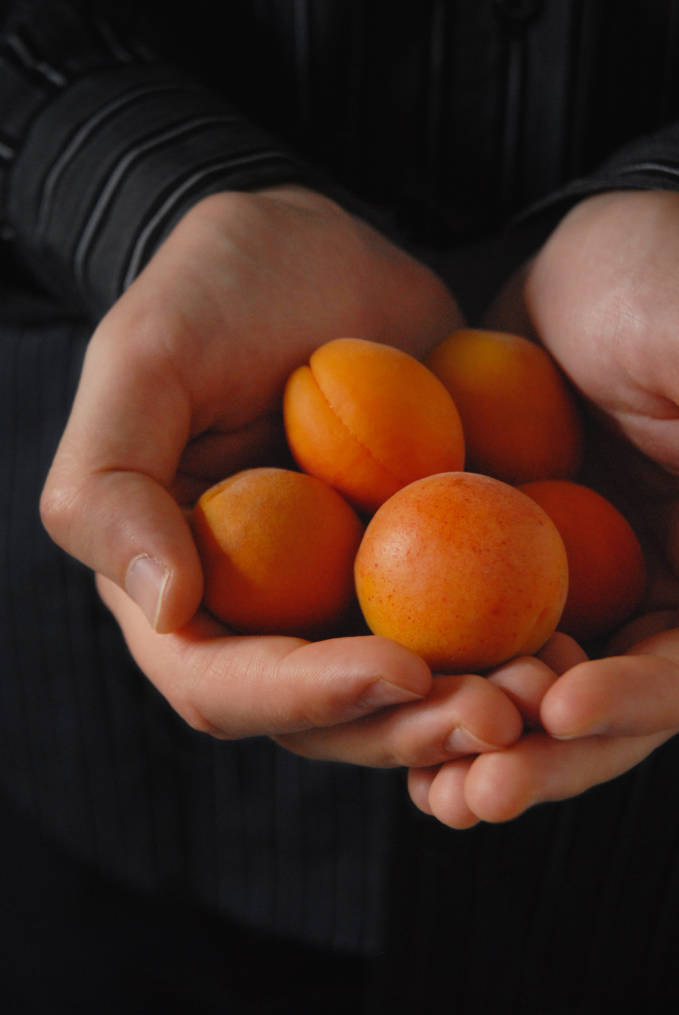 A really neat way to prepare stone fruit is by poaching it. I poached the apricots in vanilla and amaretto poaching liquid (pretty much just sugar-water with some added spices) until tender, which was only about five minutes.

The apricots really pulled everything together, especially after I sprinkled them with some chopped up pistachios to provide a crunchy element to this simple, impressive, and overall delightful dessert.