Falafel, which is essentially a deep-fried chickpea croquette, is not healthy. Falafel is definitely delicious though, especially when deep-fried instead of baked. Falafel consists of ground chickpeas and herbs that are ground up and fried. It’s one of those things that you can’t really call healthy, but you can definitely call “dinner”. 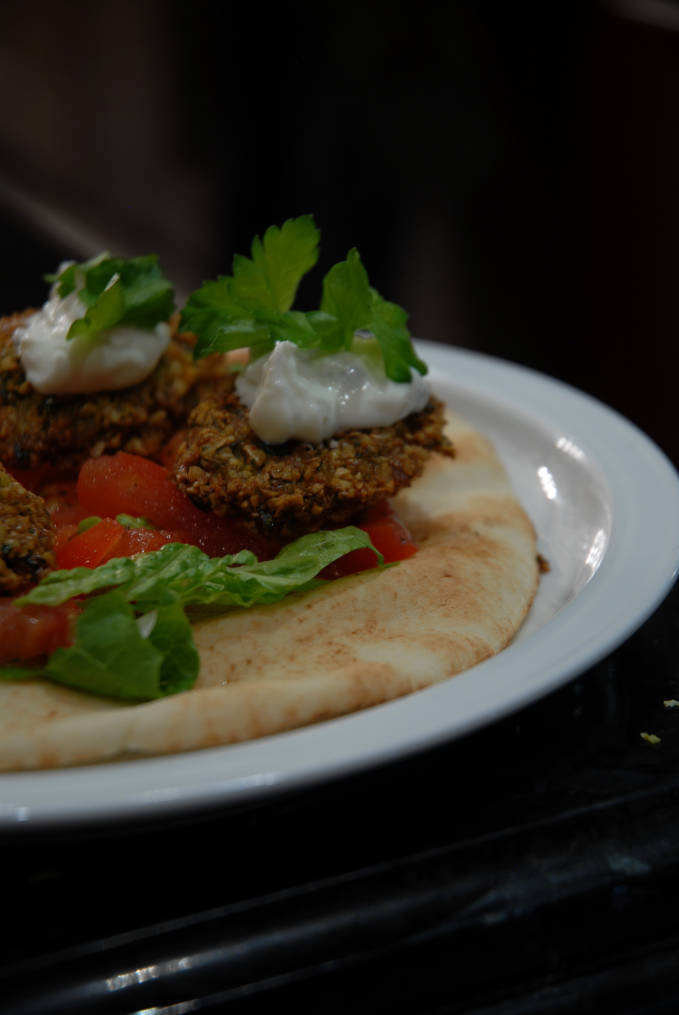 If you bake your falafel then it becomes much healthier, but also less crunchy. You must decide, when you make falafel, whether you treasure your health more than the momentary satisfaction you will get from a crunch. I chose the crunch. Falafel is amazing when it’s crunchy!

A lot of things are better when they’re crunchy. That’s why breadcrumbs are so popular. People like crunchy things.

Baked falafel really is healthy. Baked chickpeas. You can’t get healthier than that. Maybe baked water? 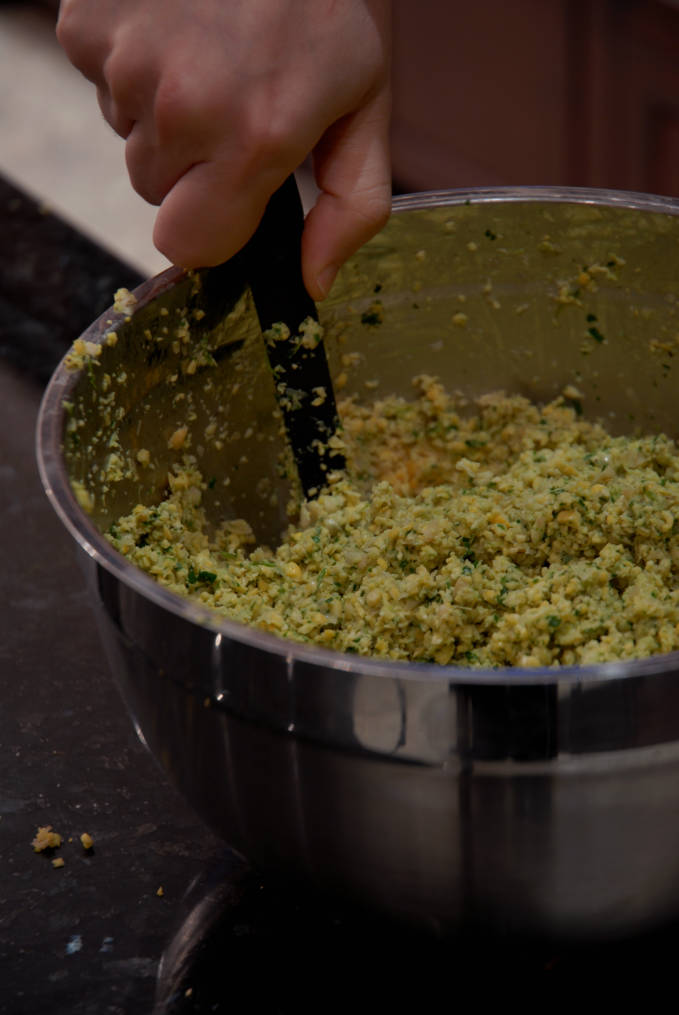 If you’re not a big fan of healthy food then fry, fry, fry!

A piece of life advice, folks: everything tastes better fried. I deep fried those homemade Mars bars from last week and the caramel melted. Hurrah! Boy, were they delicious. So much better than they were before. 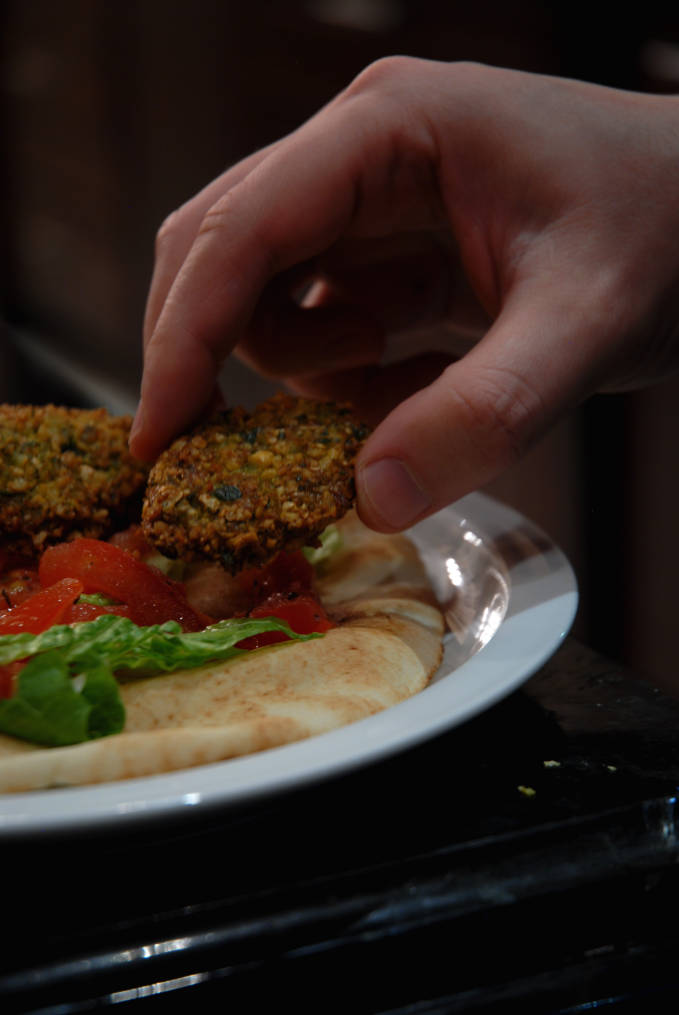 The fried falafel had a darker colour and was crunchier, but to be honest the baked falafel wasn’t bad. It was quite good actually. Good enough to consume rapidly. 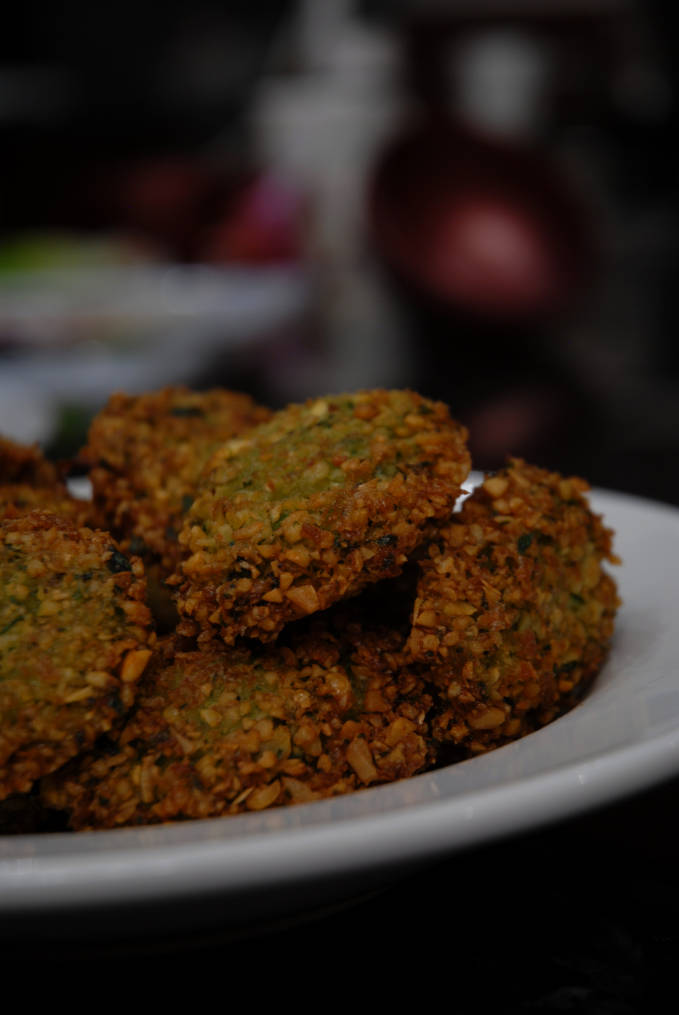 Falafel is super healthy (when not fried in a pitcher of oil) and very delicious. Serve it on it’s own, on a pita with some vegetables, with some hummus, or even with some tzatziki sauce.

Print
Falafel
Homemade chickpea falafel with cilantro and parsley, served in a warm pita.
Ingredients
For the falafel:
To serve:
Method
Prepare the falafel:
2.2.8
Other nice people like you also read
Buttermilk Beignets
Triple Chocolate Doughnuts