I usually don’t post many things that aren’t made with sugar. There are a few exceptions every now and then though because some things are so delicious that I have to share them with you, regardless of whether they’re cake or not. 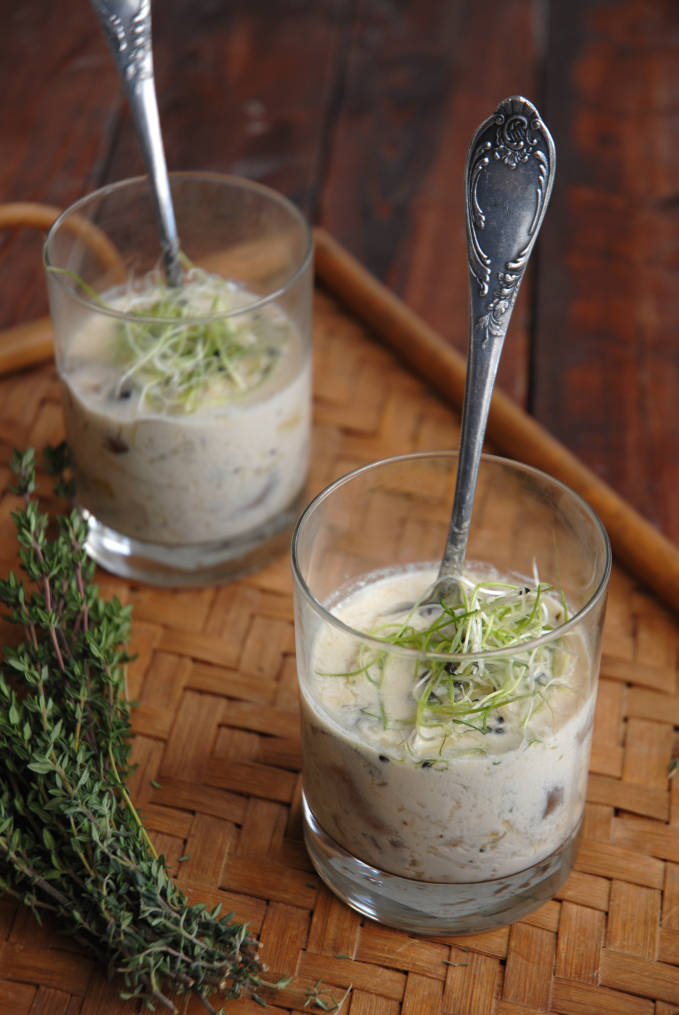 The funny thing is that this soup is in fact made with a lot of butter. It has flour too. Mushrooms. White wine. Leeks. It’s perfect on a cold winter day or really any Canadian day. I added baby onion sprouts on top to add a little bit of a crunch, but they’re entirely optional. The soup is great with or without them.

Before I had this soup I was completely against all cream based soups. Every single time I had a cream based soup it tasted strange and so I eventually learned to avoid them.

Then I had this soup and everything changed. This creamy soup was better than any other soup I’ve ever had.

I had a life changing experience a few days ago: I began to love cream-based soups. 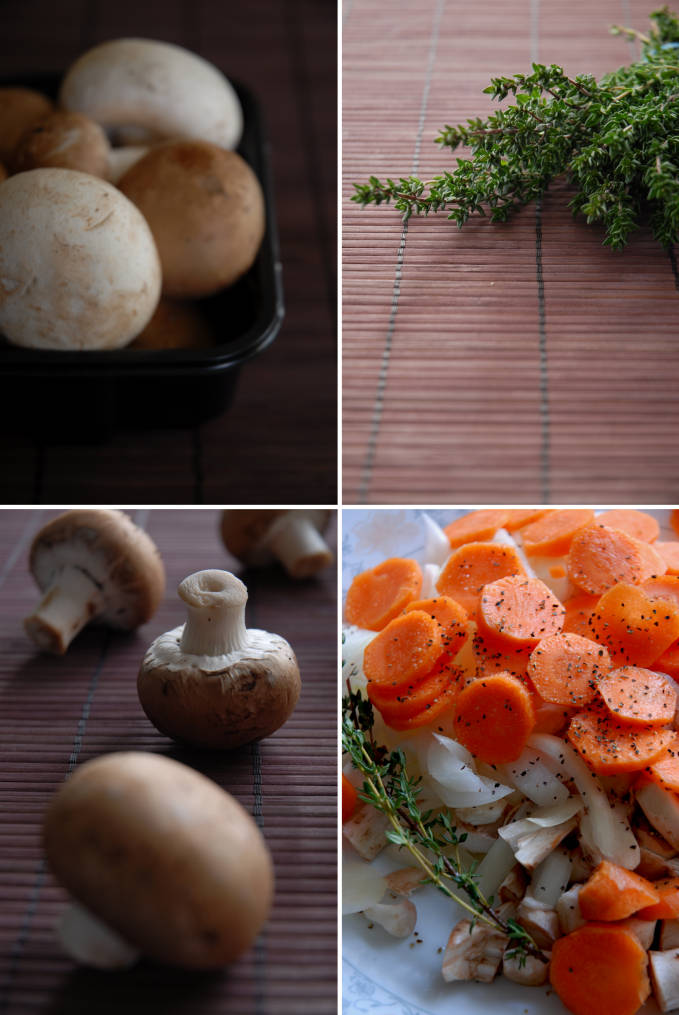 Perhaps it was not the cream I fell in love with though. How could you go wrong with mushrooms, thyme, and leeks?

It’s perfectly creamy but the mushrooms and onion sprouts provide some texture. This soup is on a new level of yummy. 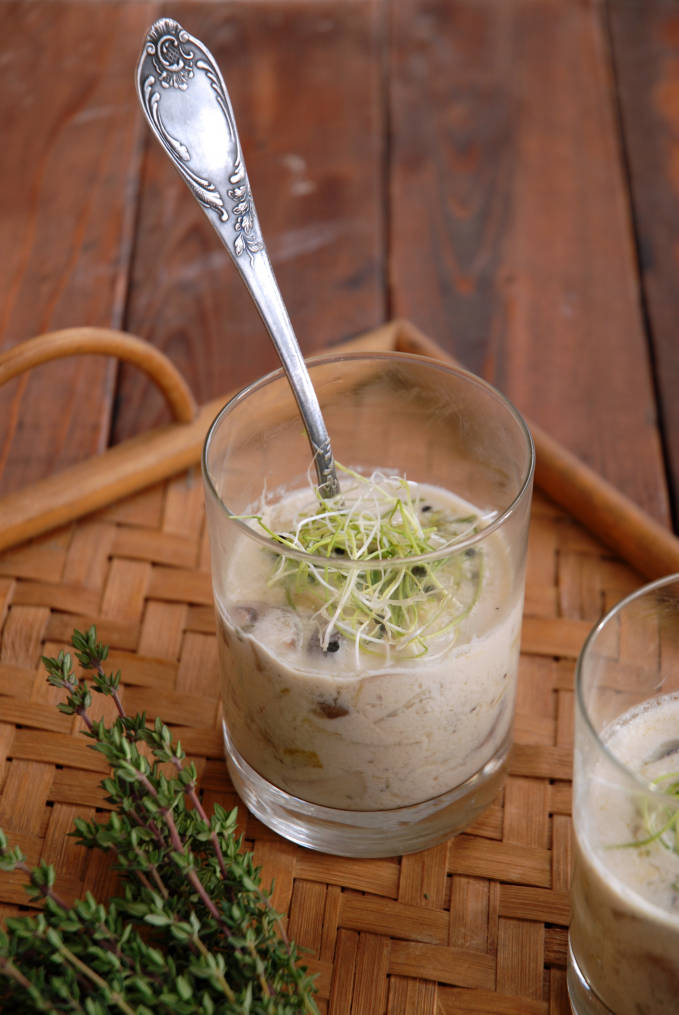 Try it out and let me know how you like it. You won’t regret it.

14 thoughts on “Cream of Mushroom Soup”