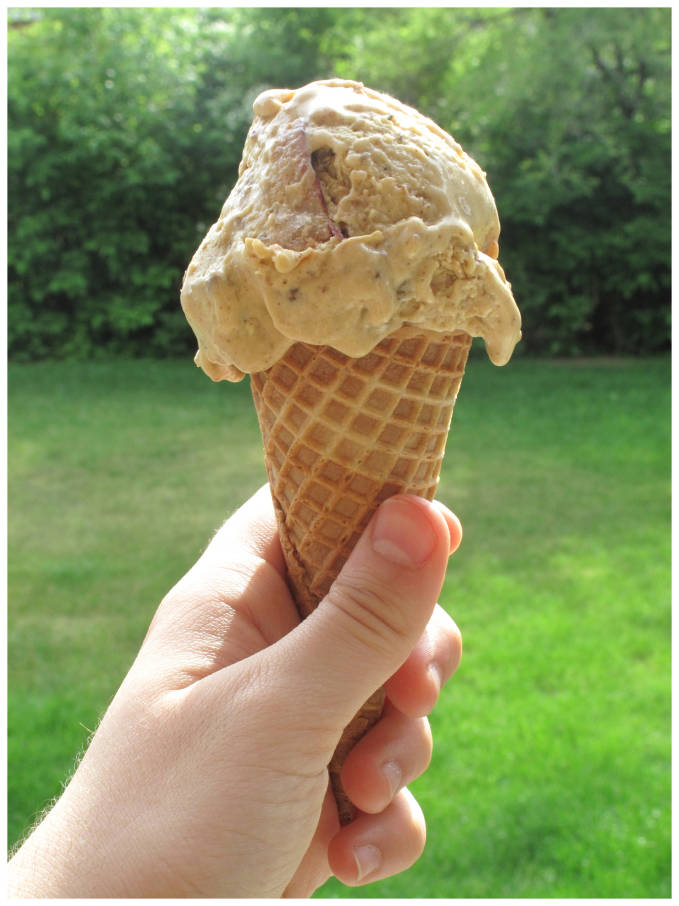 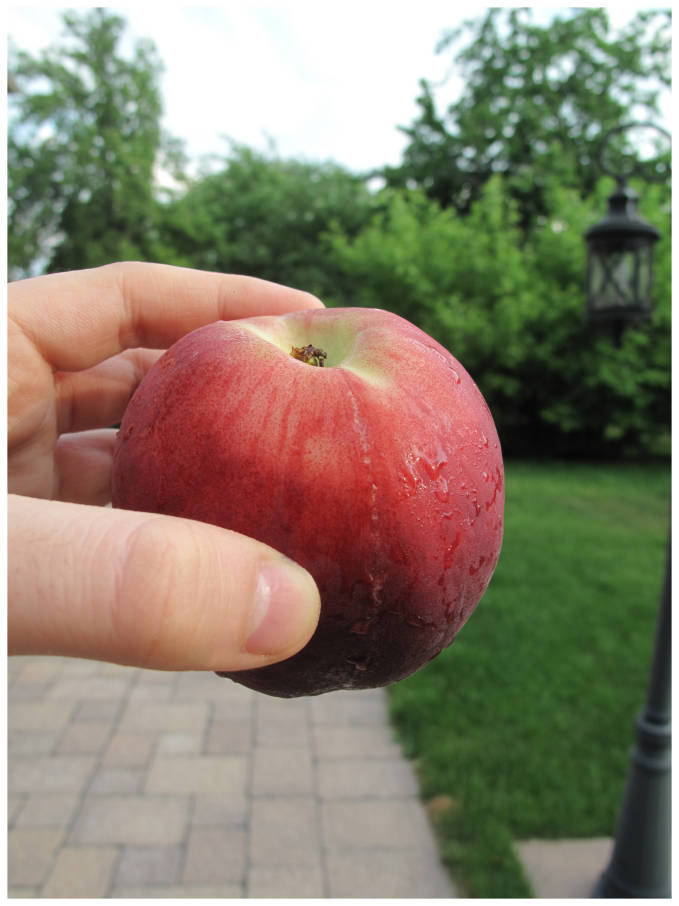 Grilling isn’t common practice in ice cream recipes but it reveals flavour and texture combinations that wouldn’t otherwise be possible. Juicy, white peaches were cut into chunks and seared on a barbecue until grill marks formed on their flesh. These peaches were then added at the last possible moment to create the most delicious, fresh, aromatic ice cream ever.

Ice cream that neither humans, nor their canine companions, can resist. 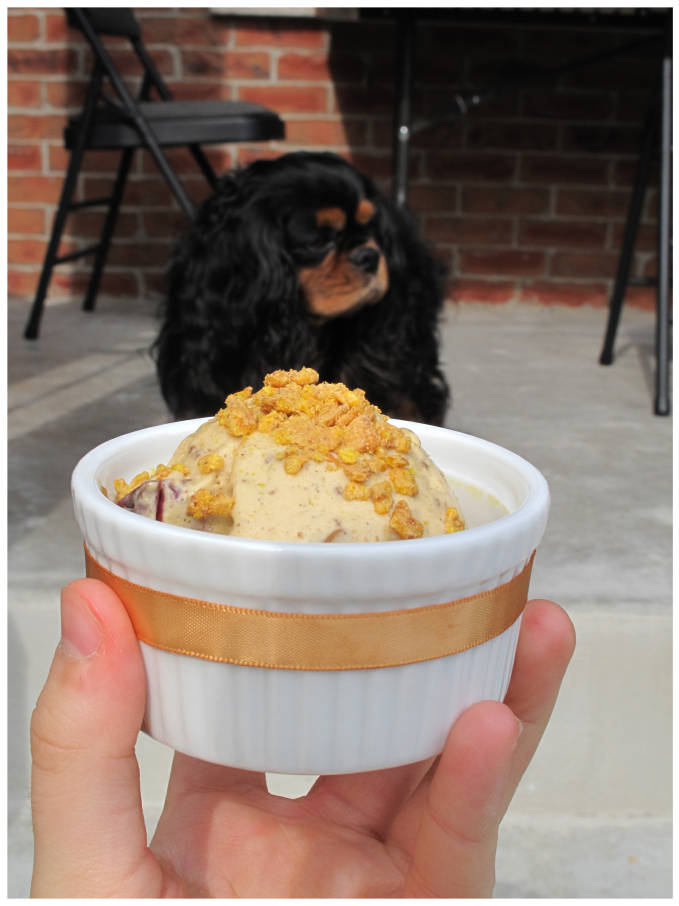 Ice cream that is not served by the scoop, but by the bowl. 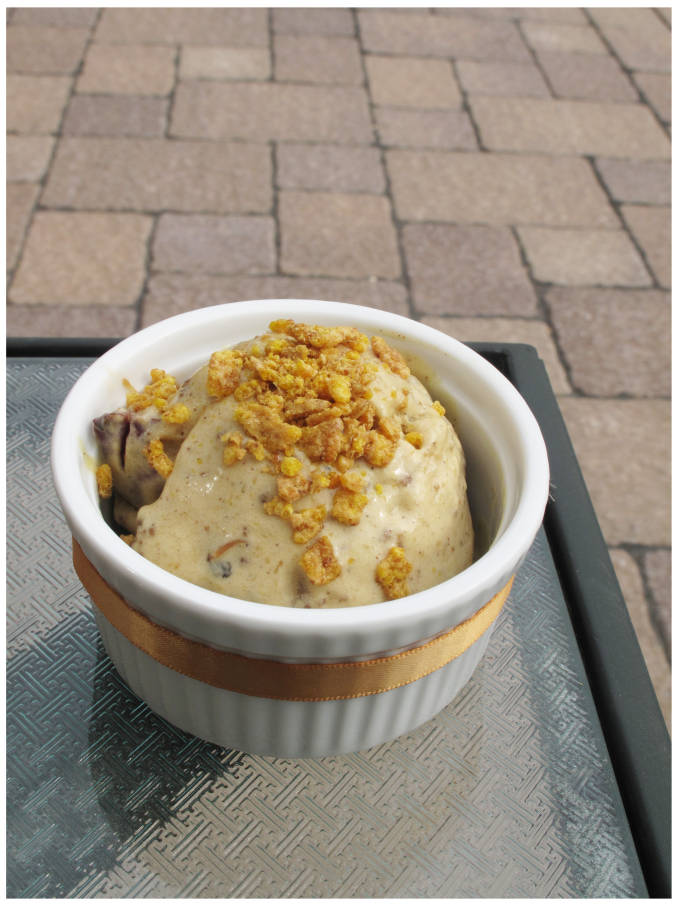 The perfect start to my yearly 26-day countdown to the start of summer.