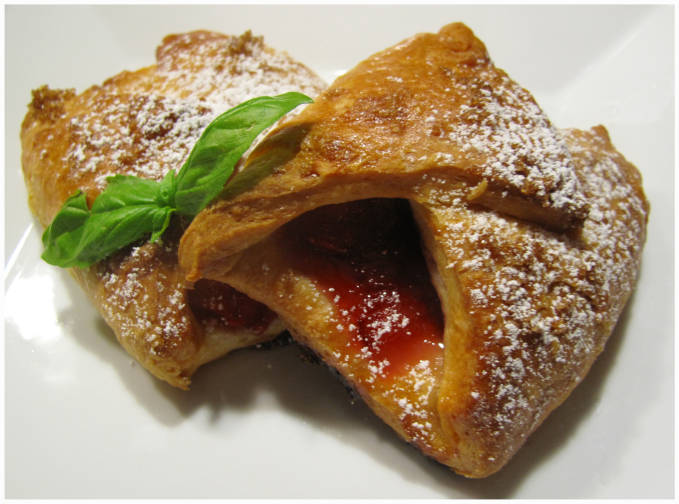 It doesn’t really matter though if it’s easy or hard to make laminated dough, the reason being it doesn’t make much sense to make your own dough when it’s pretty cheap in the store and will save you hours of work to buy it there (plus it tastes fine). Unless, of course, you’re just doing it to convince others that “it’s easy”. I haven’t ever made puff pastry before, because you can find an alternative in the store that isn’t a lower quality and saves a lot of time.

For these danishes I wanted to do a semi-laminated dough that doesn’t take as much time to make as puff pastry but still tastes great just because I wanted to try to make something new. I encourage you to try it, because it’s quite fun, but you can always buy puff pastry from the store and use it instead.

The reason that it’s semi-laminated is that there are still layers, and there is still butter, but the butter is a part of the actual dough (unlike laminated dough which is alternating layers of butter and dough). Your dough will look something like this when you mix all the ingredients together with either an electric mixer with a dough-hook attachment, if you cut butter into the dough with a pastry blender, or if you even use two knives. 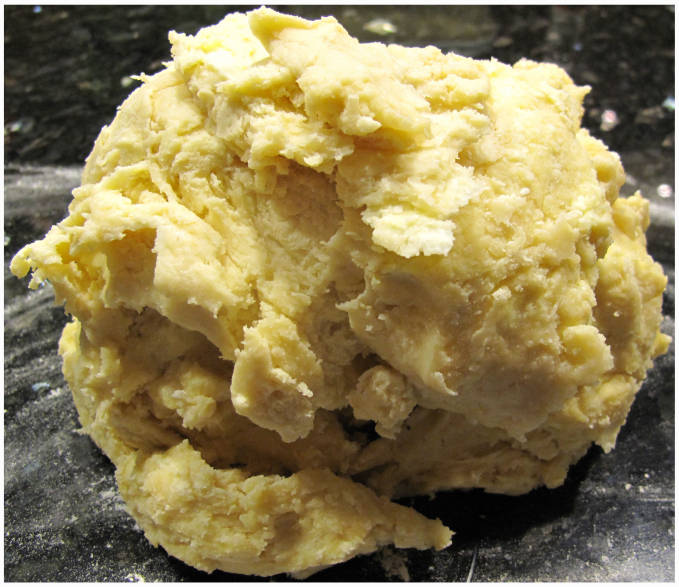 You then let it sit in the fridge for four hours (or overnight) covered and then pound/flatten it into a roughly 18-inch square on a very well floured surface when it’s not too hot (you don’t want the butter to melt). 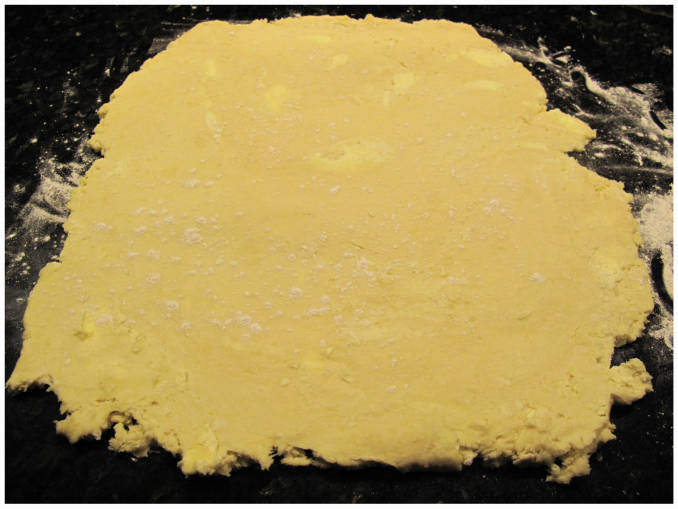 As you can see there are butter pieces scattered in the dough. This is fine. Do not panic. The next part makes it laminated because what you do is you imagine that the dough is divided into thirds length-wise. You then fold in the two outer-thirds into the center-third. This should give you a long rectangle. Then, fold in the top and bottom thirds into the middle-third to get a square. 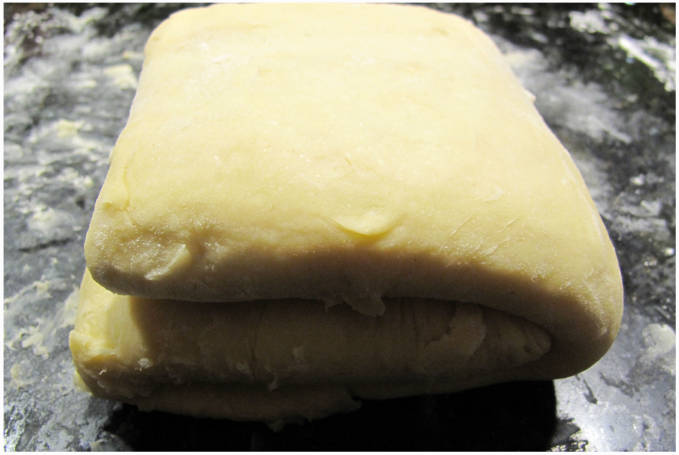 Roll out the dough into a large 18-inch square again and fold it again. Then let it rest in the fridge for half an hour, take it out, roll it out, and fold it the third time. Wrap it again, and chill for thirty minutes before using. Meanwhile, chop up your plums, combine with sugar, water, and vanilla, and cook on medium-heat until the fruit is soft. 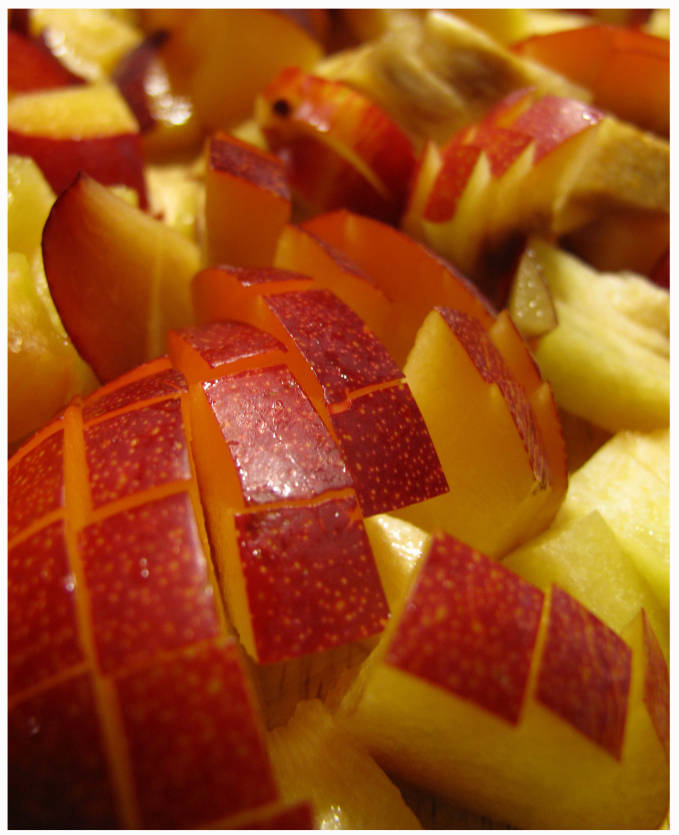 To use the dough roll it out again and cut it into sixteen squares and divide the filling equally between the squares. 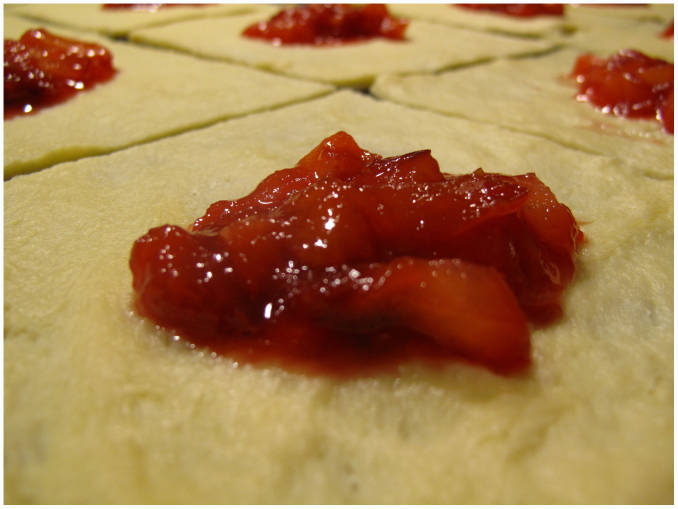 Brush the sides of the square with an egg-wash (an egg and a tablespoon of water) and fold two of the corners. Brush the top with egg-wash and sprinkle with brown sugar. Place on parchment paper and bake until golden brown at 350°F (about thirty minutes). If you’re unsure when they’re done, cut off a piece of the dough while they’re baking… if it has a strong yeast taste they’re not ready.

You can use pretty much any fruit by substituting it for the plums.